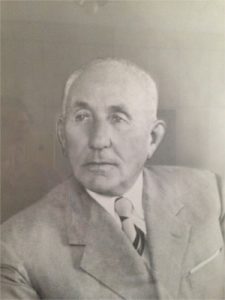 The Ripamonti Foundry was established in 1928 by the founder, Mr. Enrico Ripamonti, who was the grandfather of the current owner of the same name. The foundry is located in the city of Sesto San Giovanni in the zone that was then on the outskirts and close to the famous violet fields of Bresso (which once housed a Papal meeting)

Three generations of founders were born into this artistic foundry and then gradually moved on to other services.

In the early 40s, Mr. Enrico Ripamonti had to also worry about surviving the war without losing the foundry. After the war and with the arrival of the economic boom in the area of Sesto San Giovanni, there developed many large companies such as Ansaldo, Magneti Marelli and Breda, all of which to a lesser or greater extent became customers of the foundry and it was Luigi, the son of the founder who carried the foundry forwards. This enabled an increase in the product range and to specialise in the rail industry, becoming an undisputed leader until the end of the ’90s.

From that moment onwards, the production range started to differentiate further, venturing into other markets, such as naval, ventilation, medical, suction and not least all, the automation that requires special fusion of alloys, used principally by the Ripamonti Foundry for namely aluminum (and its alloys) bronze / brass.

With the passing of time and the advancement of technology, the Ripamonti Foundry, in order to keep pace had equipped itself with an automatic molding plant that had a total capacity to produce parts up to 30 kg while maintaining a consistent quality of a high level and an area of a shell mold foundry with semi automatic machines. All production follows a precise cycle which ends with a screening so as to present a uniform finish. Furthermore, collaboration with various technically advanced machine workshops. The Foundry allows Ripamonti to offer a “turn-key” product that is completely finished in mechanical workings and possible surface treatments.